When I interview evacuees they often mention people they knew during the war but have lost touch with. Can you help them?  This page contains requests for help, often from people who wish to be reunited with those that they knew during the Second World War. There are also photographs of Channel Island evacuees which are in need of identification. Please contact me if you can help by using the Comments box at the foot of this webpage.

My Second World War evacuation books can be found here:

Evacuee Gordon Allez is looking for Dennis Coates who was a resident of Keighley during the war. He would love to get in touch. Please contact me via the contact box at the foot of this webpage with any information which I will pass on to Dennis.

Can you help Sue with any information about her mother? ‘My late mum Mildred Glass, born in 1929, was evacuated from St Peter Port, Guernsey, firstly to Scotland then to Burnley, Lancashire, where she was reunited with her mum and younger siblings. They lived at 21 Haven Avenue and had the whole house to themselves. Mum turned 14 in December 1943, left school and walked around the corner and got a job at the local Co-op. She died in 2013. Does anyone remember her? Please contact me if so at suebream@hotmail.com ‘

Shirley Ashton is trying to find information on the family of Reta May Cohu born in st Peter’s Guernsey in 1923 who was evacuated to England and lived in Halifax Yorkshire . Unfortunately Rita/reta died in childbirth in 1944 and was wondering if anyone remembered her . Her son was brought up in a children’s hone in burnley lancashire and would love a photograph or any information if anyone remembers her at all. ?
Please contact Shirley Ashton  Email: shirleyashton62@hotmail.com

Can you help Christina White who says:  My mother tells me that her family (surname Judge) in Hazel Grove, Stockport took in a girl named Madeline Robilliard (sp)? She says she often wonders what happened to her. My mother was born in 1939 so she was just a toddler. If anyone has any information, please do let us know. Also my mother’s aunt and husband looked after a boy named Laurence O’Toole. Their surname was Quinn. Again this was in Hazel Grove. I think there was a school based in the church hall at St Peter’s.

Can you help this gentleman? If you can, please contact me via the comment box at the foot of this page. He says:  “I am trying to trace family of my wife’s father who was evacuated from Jersey in the war. Percy George Garnham DOB 25th April 1926 with his sister Miss G Garnham. He eventually settled in Sheffield after a stint in the Army at the end of WW2.  His Army paper say he was born in the parish of St Ellie in or near the town of St Ellie?  Is this St Hellier as I could not find a St Ellie. Any information on his Jersey family would be of great importance to my wife, his daughter.”

Jane Dempster asks: “I have had a sudden surge in interest about Guernsey evacuees as my mother and uncle were both evacuated from Guernsey – the two youngest of 6. I believe my uncle went to Glasgow but I am not sure where my mother went. They both returned to the island – my mother became a nurse and my uncle owned a pet shop. Interestingly they both left Guernsey to live in New Zealand. My mother married out here and had 4 children, me being the youngest. Unfortunately my mum died when I was only 7 and my uncle now has dementia so he can’t answer my questions. Maybe someone reading this would know something? They were Irene and Douglas Vaudin. They lived into the Vauvert St Peter Port. Thank you and I can’t wait to read this book”  Jane’s email address is demclan@vodafone.co.nz if you can help her.

Below is a photograph of Channel Island Evacuees in Wakefield, Yorkshire, can you recognise anyone?

2. Do you know Patrick Nolan, or his family? Patrick evacuated to Britain in June 1940 with his brother Victor. I have no other information as yet.

3. Looking for Guernsey evacuee Jessica Morrison Meir – Scottish by birth – who was evacuated to Rochdale. A friend there would love to get back in touch.

4. John David Goodwin was evacuated to Bury with the Notre Dame du Rosiare school, but cannot remember the name of the people who he was billeted with until his mother found him. Can you help?

5. Does anyone know Milly Parker (her maiden name) who was evacuated as a helper with St Josephs school to Stockport in June 1940? Her friend Maureen Dorrian would love to get in contact with Milly.

6. Does anyone know Stanley Bienvenu or his family? Stanley was evacuated to Stockport in 1940 and I would love to contact him. On arrival in Stockport he was taken into hospital, quite ill, and a search took place for his mother, who was eventually found in Southampton. 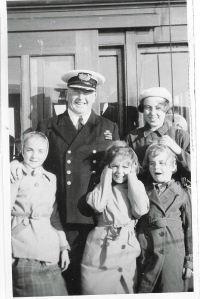 Are you one of these Guernsey children, evacuated on The Viking? Please contact me if so!

7. I have been contacted by Pamela Bougourd, an evacuee from Guernsey who spent the war in Huddersfield. She was great friends with a local girl, Betty Mitchell (that was her maiden name) who lived on Hopkinson Rd, Sheepridge, Huddersfield in 1945. Both were in their very early teens in 1945. I would love to reunite them if possible. If you know Betty, please can you let her know?
UPDATE: Betty was found via the Huddersfield Examiner newspaper! And thank you to everyone who helped me via twitter too.

8. Does anyone remember the Banneville family who were evacuated to Birmingham and Glasgow? A family member would love to know more about their wartime lives.

9. Does anyone remember the Lamiot family who were evacuated to Baildon? A family member would love to know more.

10. Does anyone have information on a boat called ‘Mayflower’ which was used to evacuate people from Guernsey during the early part of the Occupation? It was owned by a Mr. or Dr. Falla. I believe it sailed to Dartmouth.

11. Do you know the whereabouts of evacuee Roy Gilliard? He and his mother moved into a house in Baker Street, Heaton Norris, Stockport. Also looking for evacuees John Philipson (or Phillips) and Angela Collins who went to Stockport. A Stockport wartime friend would love to get back in touch with these 3 evacuees.

12. The family of Roy Guilbert Cowling is looking for information about his evacuation. Can you help?

13. Does anyone remember Miriam Russell, a young mother who was evacuated to Stockport/Manchester in 1940 with her two infants? Her son would love to know more about her brief time there, as Miriam passed away within a few months of arriving there.

14. Looking for evacuees Pat or Frank Le Page who lived with Ernest and Carrie Hewitt in Bulkeley, Cheshire – their neice Eva Carr would love to get back in touch with you!

15. Does anyone remember evacuee Alice Le Long? She may have been evacuated to the Stockport/Marple area, and her family would love to know more about her evacuation experiences.

16. The photograph below shows Mrs Saltmarsh, a Guernsey evacuee who lived in Stockport, Cheshire, during the war. Thank you for the help you gave me in finding Mrs Saltmarsh’s son! However, he would love to know more about the Saltmarsh’s time in England, as he was very young at the time. His parents lived in a road called ‘Whitefield’, in Heaton Norris, and his grandparents lived above the chemist shop in Great Moor on Buxton Road. His cousin worked in the chemist shop and her name was Barbara Courtel, do you remember her? Do contact me if so.
gillianmawson@btinternet.com 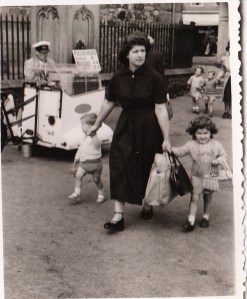 17. I recently obtained this ‘Guernsey Evacuation Commemorative glass/vase’ which was found in Southern England. Do you know anything about it? The wording along the top reads ‘From Guernsey to England, June 1940’

18. Looking for Guernsey evacuee Ivan Le Roy who was evacuated to Bury during WW2. Members of the family who cared for him during the war would love to write to him.

19. Do you know Gordon Curry (or Currie) who was a resident of Bury during WW2? An evacuee from Jersey who knew him during the war wants to get back in touch.

20. Edward Studley lived in Barnston Wirral near to Irby during the war and was friends with an evacuee from Guernsey possibly called Peter Propeller(or Le Pelley??) who could now be 77 years does anyone know this name. The surname could have been mispronounced but Edward would love to make contact with Peter again.

22. Looking for information a Mrs Winne Le Huray who was evacuated from Guernsey to Chorlton on Medlock in Manchester in 1940. A member of the family that she stayed with there would love to hear from Winnie’s family.

23. Were you evacuated from the Channel Islands to Blackley, Manchester? Please let me know if so.

24. Valerie Sarre asks: “This photo (below) was taken by BCC Studios Huddersfield on 5th August 1940. I do not know anything about the lady. My family were in Wakefield during WW2, as evacuees from Guernsey. They made lots of friends there and in Huddersfield. Does anyone recognise this lady? I would like to find its rightful home. Please email me at: valerie.ann48@btinternet.com

26. Can you help Bob Cann? “I was born in Guernsey in 1948 so am too young, however my mother Violet Cann nee Kenny was evacuated with my brother Johnny Cann who was a year old at the time. They lived in Highworth, Wilts; then in Bradford until 1945. Does anyone remember them? I have decided to come to your evacuee event in Stockport on 8th November 2014 and hope to meet some of you; I will bring copies of Red Cross letters, photos etc.

27. Can you help Sue Cockayne? She says: My mother (now deceased) was evacuated I think to Bolton during the 1940s. Her name was Dorothy May Rouget and she was born on 25/3/1925. I know she was “in service” and I would love to hear from anyone who remembers her.  Thank you. Email: alansue@cwgsy.net

28. William Watson needs your help. “Guernsey evacuees were housed in Polmadie Street School in the district of Polmadie on Glasgow’s southside from Sept 1940. I am working on my family history which involves this school and its adjacent church, Polmadie Church of Scotland. I have elderly relatives that took the boys of the churchs’ Boys Brigade on an exchange camp after the war. Polmadie was a rather dark industrial area. This query was triggered by the recent Heir Hunters broadcast which featured Guernsey evacuation. It would be marvellous to hear the experiences of survivors who were sent to Polmadie.”
William Watson – wmwn9999@hotmail.com

You can contact me privately via the comments box below.

IMPORTANT NOTE!! PLEASE ALSO CHECK THE COMMENTS AT THE END OF ALL MY WEBSITE PAGES – YOU MAY FIND MESSAGES THERE FROM PEOPLE WHO MAY BE TRYING TO GET BACK IN TOUCH WITH YOU!!

All my Evacuation books can be viewed here: