I research numerous social history subjects (please see the foot of this page for a few examples), including the World War Two Home Front.

Out now at £4.99 for the paperback; my latest book ”Rhymes and Remembrance: Poems written by Britain’s Second World War Evacuees’ The poems were written by evacuees from #Britain and from #Guernsey in the Channel Islands. A share of the profits are going to the RAF Metheringham Airfield Museum. The ebook will be available in a few days time. Huge thanks to Jon at Wolfian Press Publications

All my books can be viewed on Amazon at : 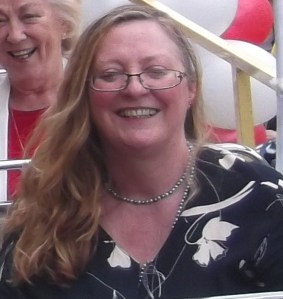 My first book ‘Guernsey Evacuees: The Forgotten Evacuees of the Second World War’ was released on 12 November 2012 by History Press

Since May 2008, I have been interviewing those evacuees who fled the Channel Islands to mainland Britain in June 1940, just a few days prior to the German Occupation of the Channel Islands. I concentrated on the thousands that arrived in unfamiliar industrial towns in Lancashire, Cheshire, Derbyshire and Yorkshire. The Channel Island evacuees spent several weeks in Evacuee Reception Centres, before being provided with local accommodation. Thousands of children were evacuated with their school teachers and many did not see their parents again for five long years. Mothers were evacuated too, with their infants, leaving their husbands behind. Interviews have revealed emotional stories from both children and adult evacuees, regarding the actual evacuation, their five years in England cut off from friends and family, and of their return to the Islands in 1945. Some did not return after the war, but chose to make their future in the communities that had welcomed them in 1940. Of those who did return home, thousands are still in contact with the families who cared for them during the war.
I am continuing to work in partnership with Joanne Fitton of Leeds Archives Service on the story of the Channel Islanders who came to Lancashire, Yorkshire and Cheshire in 1940, and the reaction of the local community to their arrival.
See my Home Page for latest news on our Bury project and on the documentary film made by Diane Rickerby and I. This project was supported by the Manchester Beacon for Public Engagement. See http://www.staffnet.manchester.ac.uk/news/display/?id=6372

Please contact me if you would like to commission me to write for your publication – I have written articles on various subjects for a number of magazines, newspapers and journals.

The Guernsey Evacuee and Mrs Roosevelt: the work of WW2 organisation “Foster Parent’s Plan for War Children” – and the work of co founder Eric Muggeridge

The Manchester Home Front during the Second World War

The experiences of evacuated Mothers during the Second World War

The Manchester Blitz of Christmas 1940

Memories of Blackpool in the 50s and 60s

Women and War Work in Manchester

The momentous decisions made by  Channel Island mothers in June 1940 – Occupation or Evacuation?